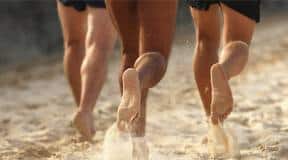 A few weeks back, I participated in a Health Talk with a few other health care professionals in Port Moody. It was hosted by the Runner’s Den, which is a specialty running store that used to sponsor me when I was competing.
I answered questions on strength training and core stability training and it’s application to runners.

One question that stood out, was “what are you thoughts on barefoot running?”

With all the hoopla on barefoot running over the past year, people want to know if it’s going to be all it’s made out to be and that’s understandable.

Alright, here are some of the points I mentioned:

So, the bottom line, it really depends. 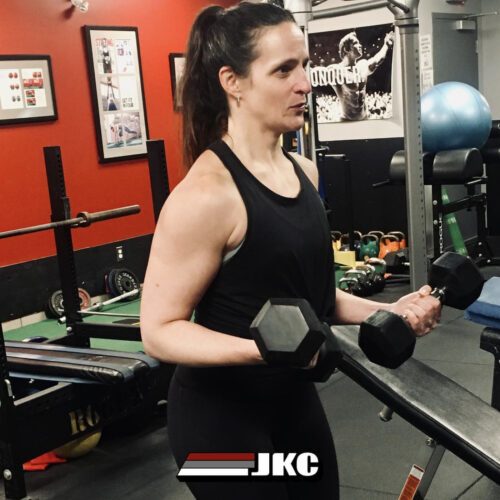 After my children were born, I was completely out of shape. I had been active before my first pregnancy in 2008. I saw a post on social media about a charity event that was hosted at the gym. It prompted me to check out the JKC website. I was immediately impressed by the professional content and decided to give it a try. The professionally crafted and uniquely tailored work outs, as well as the sense of accountability and commitment that they foster. I have not missed a workout since joining – contrary to other experiences I have had when purchasing gym memberships. The flexibility of booking and rescheduling workouts, made easy by an online app, also contributed to my success in meeting my fitness goals.

I enjoy every session, working out with Jon, Thomas and Craig, as well as the “JKC Community”. Anytime someone achieves a personal best, I enjoy the celebration and support everyone gives each other. For me, I fondly remember achieving personal bests on bench press, chin ups and the sled push, in particular. 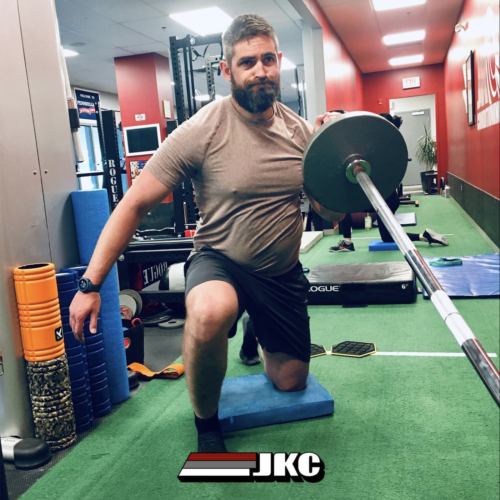 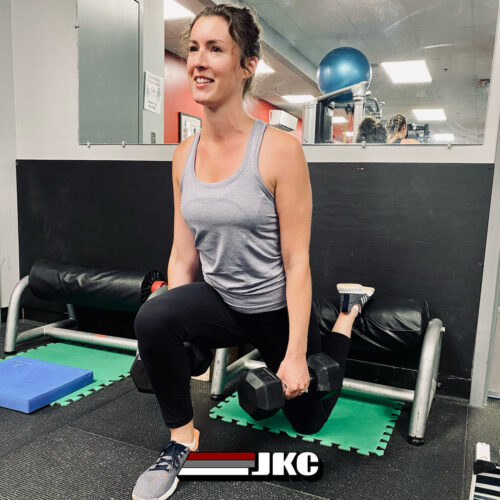 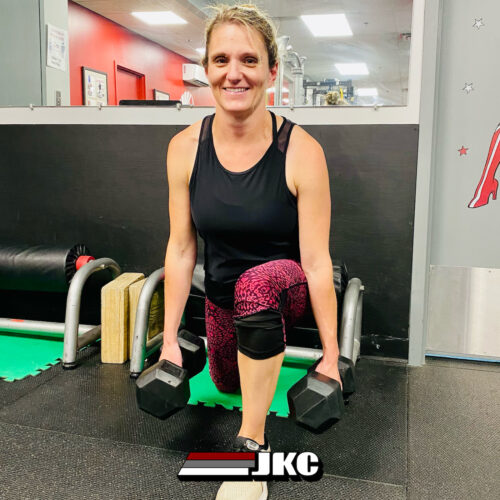 I chose JKC originally to help prevent rowing injuries. I’m a rower and we won the St. John’s Regatta in 2019 but I rowed through a rib stress fracture and missed significant time in the boat during the racing season. Training at JKC consistently since the pandemic helped me stay injury free this year and made me the strongest I’ve ever felt, which helped me help my team win the 2021 St. John’s Regatta! Jon adds variety and mixes the exercises up well so that the workout goes by quickly and strength is gained. The gym is very personable and I like the eclectic mix of people that are there. JKC is much more intimate and personal than other gyms. 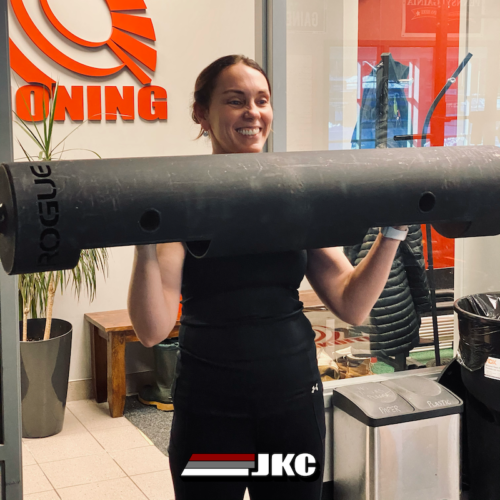 I had tried JKC based on the recommendation of a parent of one of my students. I originally started by attending Saturday drop in classes. I was hooked. I decided to join full time when I I had taken a year off from teaching and it was the best thing I have done for myself.

First and foremost the trainers at JKC are extremely knowledgeable. I feel like they are as dedicated to my success as I am. The workouts are tailored to me, my skills and my goals. This is important. Jon and Thomas truly want the best for their clients no matter what level of fitness they are starting from. I also like being able to book a session at a time that suits my schedule. This also helps keep me accountable. Once the session is booked I am not likely to cancel!